There was a time in the 1970s when the disaster movie enjoyed a brief period of particular popularity. Back then, the disasters were usually man-made and on a relatively small scale; fires, plane crashes and shipwrecks were the disasters du jour, but earthquakes and other natural disasters made occasional appearances, too. The typical 70s disaster movie followed an ensemble cast as they, both separately and as a group, tried to cope with the unfolding catastrophe and its aftermath. Plane crashes and shipwrecks, a la the Titanic, endured as plot fodder into the 90s, but by then, the movies were more about personal drama than spectacular destruction.

In more recent years, disaster movies have lured movie goers to theaters again, but now the potential disasters tend to be more global in scope. Weather disasters triggered by global warming, tsunamis and hurricanes, meteor impacts, zombie apocalypses, Biblical plagues and other cataclysms that threaten to wipe humanity en masse are the kinds of disasters facing casts these days. The typical structure of disaster movie plots has shifted somewhat, as well; now, the plot usually follows a lone hero who, through the use of his physical skill, his scientific knowledge, or both, must lead his loved ones to safety and, often, save the world in the process. 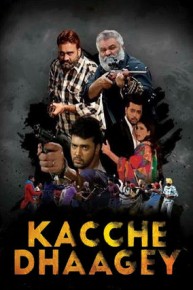