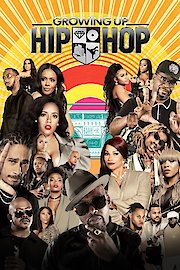 In this reality series, the children of various hip hop legends struggle to make sense of life in the shadow of rap stardom. The progeny of Rev Run, Jam Master Jay, Pepa, Treach, Master P and others try to make their own way in life, sometimes in the music business, sometimes elsewhere. The series debuted on the WEtv cable network in 2016. 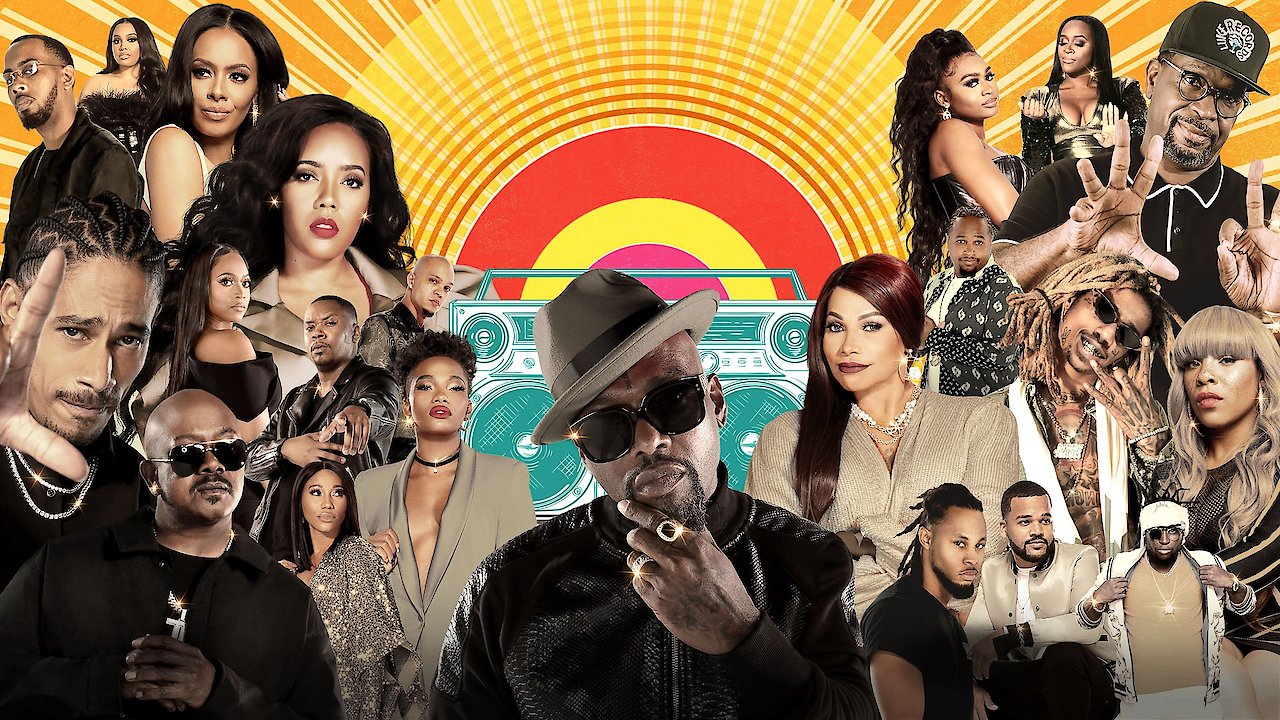 26. The Wright Way
March 24, 2022
Egypt and Sam rush to the little white chapel, but when they drop the bomb on Pep and Treach, Pep objects; Tanice and Sakoya's feud comes to a head; Eazy-E's celebration pushes the group to come together in peace and settle their differences.

24. Beef N Pepa
March 10, 2022
Tee Tee and Maureen confront Pep about Egypt; Briana's new fling shocks everyone and brings her face to face with Pep at a family party; JoJo fights to save his marriage with a big surprise for Tanice; Eric spills the gossip on his past with Tee Tee.

23. Push It to the Altar
March 3, 2022
Tee Tee's wedding day spirals into chaos, but a surprise from Pep shocks all; Treach warns Sam that a dangerous future lies ahead and enforces protection over Egypt; Jojo plans something special for Tanice to keep the marriage lit.

22. I Can't Stand the Rain
February 24, 2022
Tee Tee and Shawn's wedding falls apart; JoJo and Tanice are rocked by challenges of married life.

20. Thugs-n-Matrimony
February 10, 2022
JoJo and Tanice find themselves in a marriage crisis when JoJo’s stood up on a group date. Tee Tee and Shawn’s wedding plans spiral out of control. Sam seeks guidance from Layzie. Danger strikes for Briana when police come knocking at her door...

17. Parental Advisory
January 20, 2022
Pepa warns Sam to be cautious when he announces that he may be facing some serious jail time; Tee Tee's wedding planning rushes on, but Pepa and Egypt may not make the guestlist; Uncle Luke advises Cree on squashing the beef with Sakoya.

16. Twist & Shout
January 13, 2022
All hell breaks loose at a party when a beef starts and a fight erupts; Twist faces weapons charges in court; Cree visits Angela's new home in Atlanta and reveals a heartbreaking secret; Tee Tee and Shawn clash over rings in their rush to the altar.

15. Legacy Will Not Be Lit
January 6, 2022
Treach lays down the law to Egypt; Twist breaks the news of a gun charge to Mack Maine.

14. Brat Loves Judy: Respect the Legend
August 12, 2021
Brat and Judy's relationship begins to crack when Brat's friends Montana and Rhonda face divorce; Brat plans a surprise, and Judy drops a bomb that Deja's moving in; with a secret proposal underway, Judy worries she bit off more than she can chew.

13. Brat Loves Judy: On the DL
August 5, 2021
In order to pull off her secret proposal plan, Judy enlists the help of those closest to her and Brat; Brat gets suspicious about all the sneaking around and things spiral out of control as Judy tries to keep her plan under wraps.

12. Don't Start The Fire
July 29, 2021
Jojo's showcase ends in a melee between Tanice and Sakoya, Jojo Hailey's daughter who exposes Angela's past; Egypt and Tee Tee come to a head and settle the score in an epic family reunion.

11. The Showcase
July 22, 2021
A scandal involving Angela is exposed; the legends Pepa, Uncle Luke and Brat come together at the judge's panel for Jojo's showcase; Egypt's under pressure to perform solo for the first time without Sam; Treach steps in to heal the family.

10. Coming In Hot
July 15, 2021
After her breakup, Angela plans to bare it all in a swimsuit calendar; Briana and Boogie's friendship comes to an ugly head; Jojo and Sam sit down to squash their beef, but Jojo's upcoming showcase is threatened when tempers flare.

9. Some Type of Swindle
July 8, 2021
Stevie J puts Savannah in the hot seat for her spending; JoJo and Tanice decide to keep their pregnancy a secret; Tee Tee enlists the help of her mother, Maureen, to put a stop to the cheating rumor.

8. The Elephant in the Room
July 1, 2021
Tee Tee and Shawn fire up the cheating rumor when their wedding plans derail; Treach checks Egypt and Sam about squashing the beef with Tee Tee and Jojo; Briana's party spirals into chaos when Savannah calls Stevie J. to break up a fight.

7. Light Everything Ablaze
June 24, 2021
Cree and her father Uncle Luke face off in a fiery reunion; the cheating rumor continues to wreak havoc upon Twist's party and Tee Tee's on the warpath; Savannah and Boogie's second uncovers their true feelings for one another.

6. Nip It in the Bud
June 17, 2021
Angela breaks down in tears when her split with the boxer faces public scrutiny; Cree struggles to reconnect with her father Uncle Luke; Vanessa warns Tee Tee about the rumor spreading behind her back and all hell breaks loose.

5. Every Woman For Themselves
June 10, 2021
Shocking rumors of infidelity run wild; Boogie's attempt at an intervention for Briana backfires, and the battle lines are drawn; Tee Tee presses Shawn to go to couples therapy before their trip to the altar.

4. Loyalty is Dead
June 3, 2021
Jojo and Tanice's anniversary party descends into chaos when Briana confronts Boogie about being a disloyal friend; Lil Twist and Cree clash; Vanessa presses Angela about meeting her new man; Savannah digs up dirt on Boogie before their first date.

2. Don't Be Salty
May 20, 2021
Angela's fast-moving relationship with her new man raises alarms for Vanessa, who has yet to meet him; Pepa comes to Sam's defense and faces off with Twist; Tee Tee stands by her choice to exclude the Peppers from her wedding guest list.

1. Subscribe or Step Aside
May 13, 2021
Stevie J and Savannah and Stevie Jr. turn up the heat; Pepa's birthday party breaks into chaos; Jojo and Sam nearly come to blows over unresolved beef; a family feud ignites between Tee Tee and Egypt; Jojo and Tanice face heartbreak.
Description

In this reality series, the children of various hip hop legends struggle to make sense of life in the shadow of rap stardom. The progeny of Rev Run, Jam Master Jay, Pepa, Treach, Master P and others try to make their own way in life, sometimes in the music business, sometimes elsewhere. The series debuted on the WEtv cable network in 2016.

Growing Up Hip Hop is a series that is currently running and has 7 seasons (102 episodes). The series first aired on January 7, 2016.

Where to Watch Growing Up Hip Hop

Growing Up Hip Hop is available for streaming on the We tv website, both individual episodes and full seasons. You can also watch Growing Up Hip Hop on demand at Apple TV+, Netflix, Amazon, WE tv, FuboTV, Sling, Google Play, Apple TV and Philo.

Ad Info - This show may not be available on Hulu
If You Like Growing Up Hip Hop, Then Try... 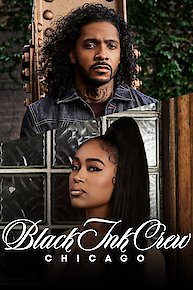 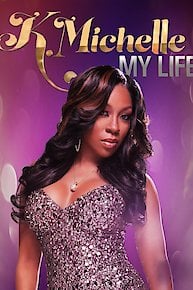 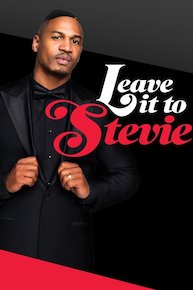 Leave It To Stevie 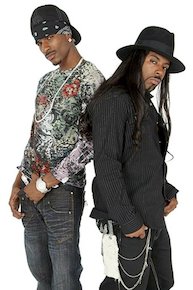 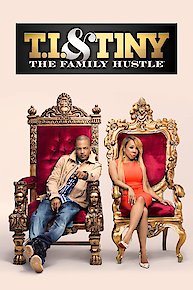 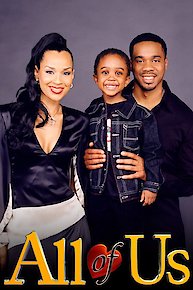 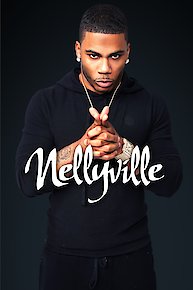 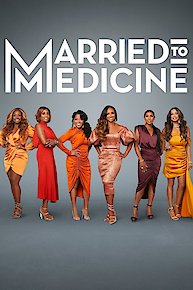 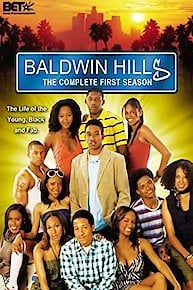 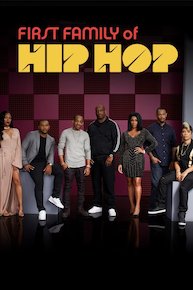 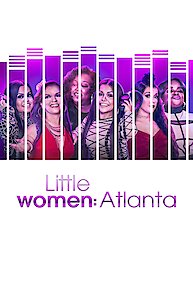 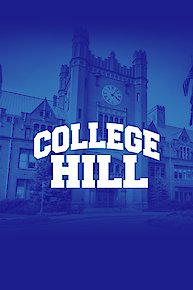 College Hill
Also on We tv 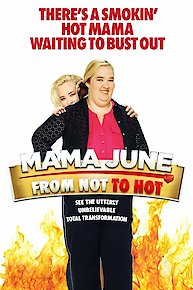 Mama June: From Not To Hot 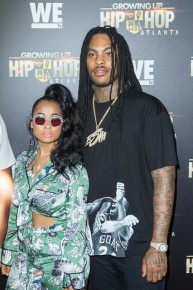 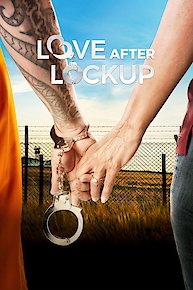 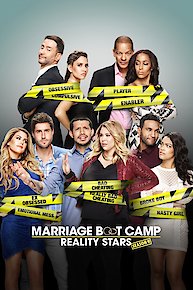 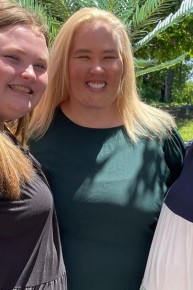 Mama June: The Road To Redemption 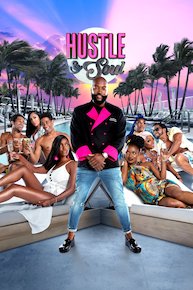 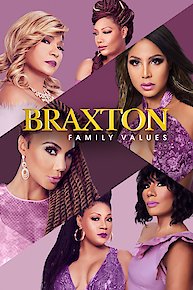 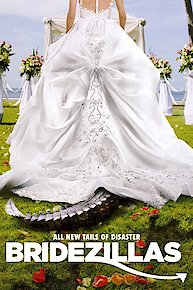 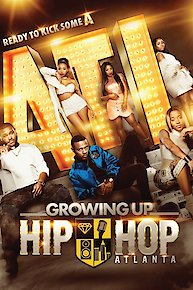 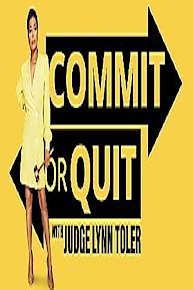 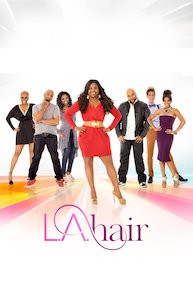 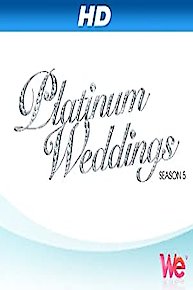