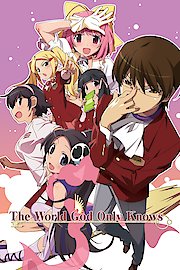 Watch The World God Only Knows

This anime series is based on a popular manga of the same name. It revolves around a young man who is a master of video games in which his task is to "conquer" a series of virtual girls. Ironically, the young man is not all a master of the ladies in his real life high school. His gaming skills are put to use, however, when he is recruited by a cute demon to help her catch evil spirits. 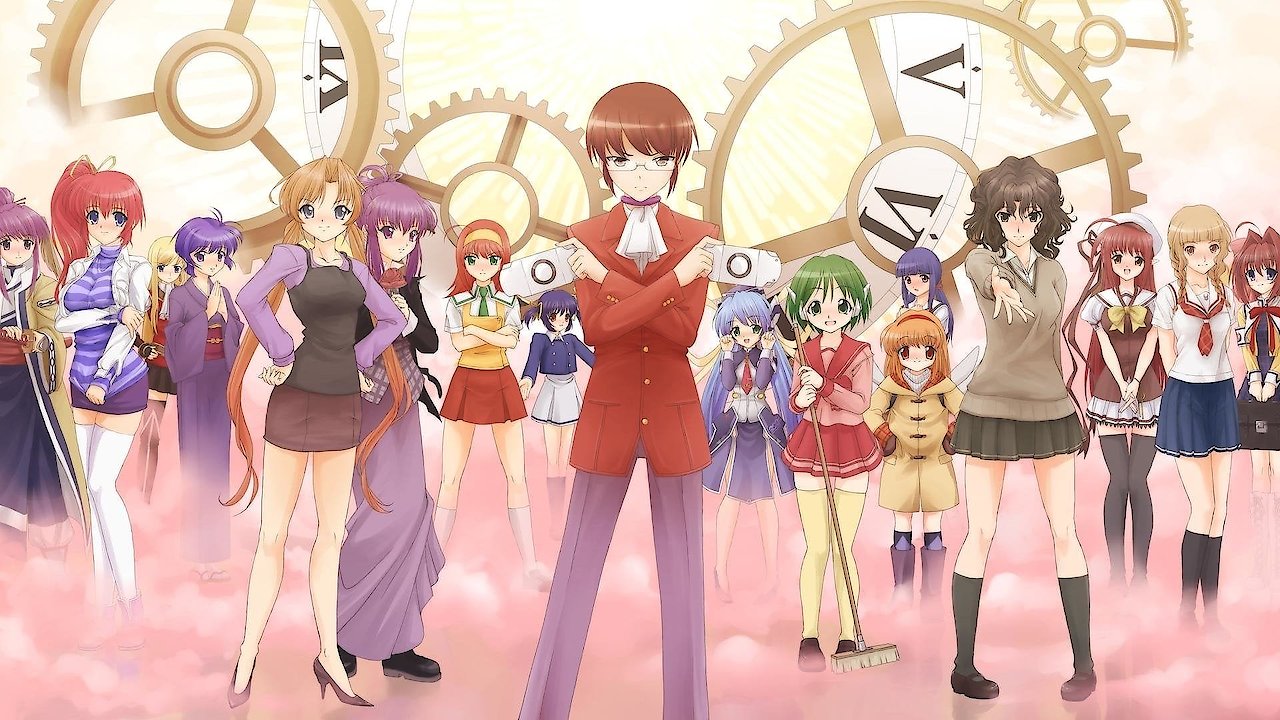 12. E 12
September 23, 2013
Due to spending all of his time chasing after loose souls, Keima's room is filled with dating sims that haven't been completed... "Conquest mode" is activated to clear off the backlog of games! Keima is truly a god as he conquers game after game!! ...After a few hours, Keima is still gaming away after ignoring warnings from a concerned Elsie when his body finally gives out and he falls unconscious...as the end draws near, he is greeted by an unexpected sight...!?

11. E 11
September 16, 2013
The library has decided to dispose of a number of books to prepare for the new media room. Shiori can't bear the thought of her precious books being thrown away, so she sets up a barricade and holes herself up in the library. The members of the library committee pay no heed to Shiori's silent protests and prepare to storm the library and dispose of the books as planned. Shiori begins to falter in the face of adversity, when Keima suddenly appears before her. Has he come to save her, or perhaps...

10. E 10
September 9, 2013
Keima proclaims that books are no longer necessary in this day and age and the soft-spoken Shiori finally loses her cool!? As a result, Keima is able to hear how Shiori truly feels, but now there's an uproar in the library...? The "fortress of paper" that's protected Shiori from the real world is about to change...

9. E 9
September 2, 2013
It's the night before the Mai High Festival. Keima and Chihiro are alone on the roof of the school. Chihiro seems confused by Keima's behavior, but he continues with his conquest. But as Keima makes his move, Chihiro says something unexpected.

8. E 8
August 26, 2013
Elsie tries to cook for her divine brother, but Keima is never pleased. This time, she tries to make a "self-propelled" lunch, but she gets yelled at again... Elsie is feeling down, but after some advice from Chihiro, she decides to try again! As she prepares to make a strawberry shortcake, she prepares sugar from hell and eggs of all kinds of colors. One of the eggs is...

7. E 7
August 19, 2013
The goddess search is going well, but the strain is too much for Keima and he falls ill. However, this is an opportunity the God of Conquest to trigger the sick visit event. Ayumi and Chihiro are the remaining candidates for the final goddess. However, Keima doesn't realize how difficult it is to conquer two friends at the same time.

6. E 6
August 12, 2013
...I'm going to turn you into a fan! And so, Kanon sings on the roof for Keima. Keima treats her coldly in an attempt to learn what is troubling her, but Kanon is so hurt that she goes into a state of shock and her body becomes transparent! It appears to be related to the loose soul inside her...but as Elsie looks for information about Kanon, she learns about something that happened in Kanon's past. In the meantime, Kanon's dream concert at Narusawa Seaside Hall is drawing near.

5. E 5
August 5, 2013
With help from Vulcanus, the third goddess, the Ancient Demon blade in Kanon has been removed. However, she still remains unconscious. Keima must search for the remaining goddesses and restore their power, but one of the potential hosts approaches him first. Does Keima have a way to handle a heroine who doesn't follow the dating sim model?

4. E 4
July 29, 2013
During the simultaneous walk-home-from-school events, Keima is attacked by a wave of flying books. The books are being controlled by a small figure. Meanwhile, section chief Nora drops by the Katsuragi residence to see Elsie. It sounds like the Hell Bureau of Peace has issued an order to the loose soul team to search for residents of Heaven. Kanon/Apollo is currently at the Katsuragi residence. Is this a coincidence?

3. Home
July 22, 2013
A girl who hosts a goddess will remember everything that happened during her conquest. In other words, she will remember falling in love with Keima. Armed with that information, Keima attempts to walk home from school with all five potential hosts and increase their affection level.

2. The World God Only Knows
July 15, 2013
Apollo casts a warning in the sky to her sisters to trust no one before succumbing to her wounds. Lune attempts to finish her but is stopped by NikaidÅ. Keima, Diana, Elsie and Haqua has Apollo taken to the Katsuragi household where they discovered the magic dagger used on Apollo and Kanon is ancient Weiss magic and the culprits are Vintage, a group of demons who wish to resurrect the Weiss. With Kanon having a week to live, Keima must find the other four goddesses to heal her before Vintage gets them. To accomplish this without incident, Elsie disguises herself as Kanon and Keima tricks his mother to go to South America. Partnering with Haqua who is disguised as Elsie, Keima uses the rumor of Kanon's confession to see the reactions of his prior conquests, who will act jealous if they remember falling in love with him. Keima narrows his suspects to Ayumi, Chihiro, Shiori and Tsukiyo Kujyo, who were all embarrass around him. When he at first thinks Yui Goido is not a goddess host due to not remembering him, a confused Keima is surprise when Yui confess her love for him, which Shiori and Haqua mistakes the cross-dressing Yui as a boy and is being intimate with Keima. With his five suspects, Keima must now make them fall in love with him again which will fuel the goddesses' powers and determine if they're a host.

1. When the Sun Goes Down
July 8, 2013
Keima explains to the audience how he has captured fourteen girls and two unique girls after the last season. Meanwhile, Kanon is preparing for her school tests, but ends up talking with her split personality, Apollo, who claims to be a goddess. The next day, Keima and Elsie meet up with Tenri and within her, Diana. Diana wants Keima to marry Tenri as Tenri's love for Keima increases her powers, which he refuses. When asked to explain what she is, Diana reveals she is a goddess, one of the Jupiter Sisters, who helped the New Demons of Hell against the Weiss, when they attempted to take over the three realms of Earth, Heaven and Hell, and control all souls. After defeating them, the Jupiter Sisters sacrificed themselves by sealing themselves together with the Weiss, but they have now escaped ten years ago. Diana asks Keima to help find her sisters and reveals they reside in his past conquests, who did not forget their memories with him. At the same time, Kanon is stalked by a hooded stranger much to her worry. When Kanon spots her stalker during her test, she runs into Keima's arms. Kanon reveals to him she still remembers her time with him and declares she loves him much to their class' shock. Realizing Kanon has a goddess inside of her, he drags her away from everyone, only for Apollo to take over Kanon and run away, believing Keima is an innocent bystander. However, as she attempts to find a place to hide, Apollo is attacked and stabbed by her stalker who reveals herself to be Lune of Vintage.
Description

This anime series is based on a popular manga of the same name. It revolves around a young man who is a master of video games in which his task is to "conquer" a series of virtual girls. Ironically, the young man is not all a master of the ladies in his real life high school. His gaming skills are put to use, however, when he is recruited by a cute demon to help her catch evil spirits.

The World God Only Knows is a series that is currently running and has 3 seasons (48 episodes). The series first aired on October 6, 2010.

Where to Watch The World God Only Knows

Ad Info
If You Like The World God Only Knows, Then Try... 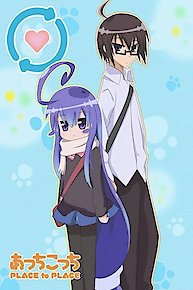 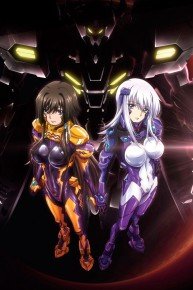 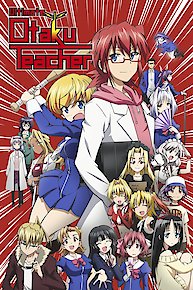 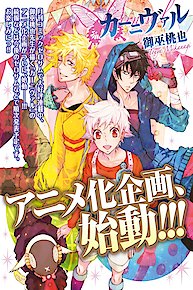 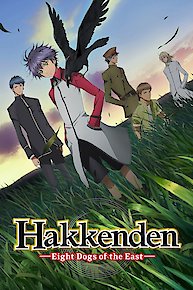 Hakkenden: Eight Dogs Of The East 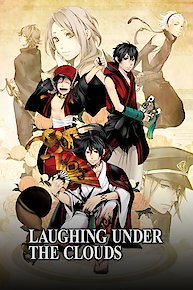 Laughing Under The Clouds 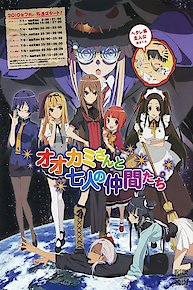 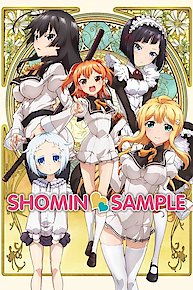 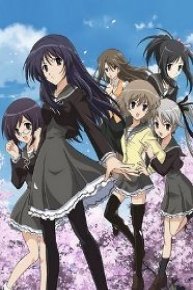 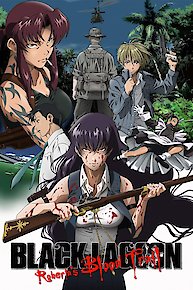 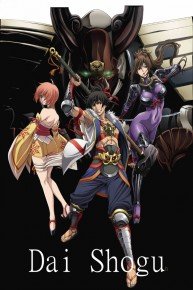 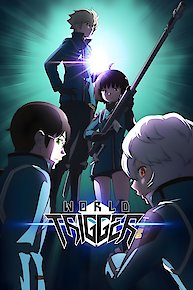 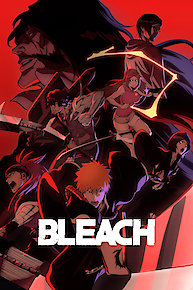 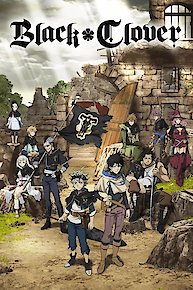 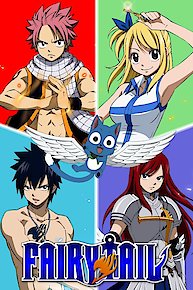 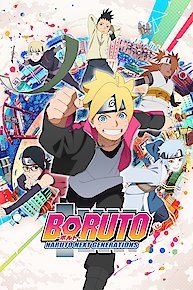 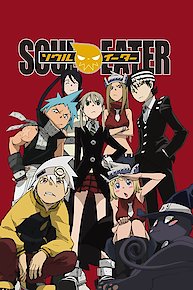 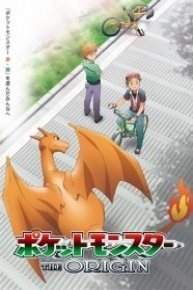 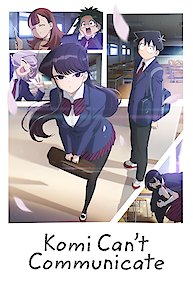 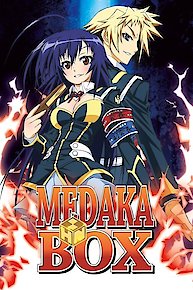 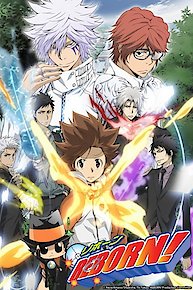 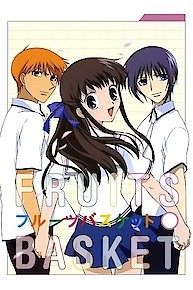 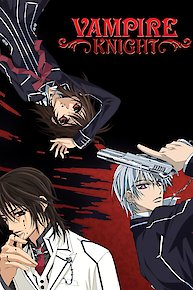 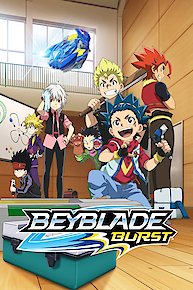