ABC Asahi is a broadcasting company that works in TV and radio primarily covering the Kansai area of Japan. Originally they began broadcasting television in 1955 after ABC and New Japan Broadcasting Company founded Osaka Television Co., Ltd. in Dojima, Kita-ku, Osaka. The channel broadcasts a variety of programming such as local news, drama series, variety shows, sports, and cartoons.

The channel itself does not limit its programming exclusively to the Kansai area only with many programs being broadcast nationwide. Two such programs are "Takeshi's Medical Check-Up Show" and "The Before and After" both shows are extremely popular and enjoy high nationwide audience ratings during the golden hours. ABC also produces high quality drama series that continually do well also.

ABC Asahi is also highly regarded as an unbiased and reliable source of news, with the stations morning show aired daily being regarded as the premier morning show in Kansai. The evening news which is broadcasted to a nationwide audience is also held in high regard by viewers. ABC is also part of the All Nippon News Network, which puts ABC in charge of news networks in both Paris and Shanghai.

The sports division at ABC Asahi is also revered for its coverage of baseball, primarily the Hanshin Tigers a local professional team. However they also cover professional golf tournaments in Japan, such as the ABC Championship which they sponsor as well. 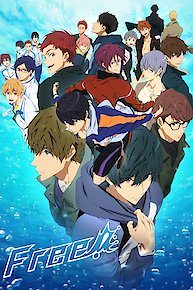