Cloo is a television network best known for airing crime and mystery drama programs. In fact, its schedule is devoted solely to shows within the crime and mystery genres. In particular, it airs many syndicated television shows from other networks. This means it is a place to catch up on shows that have previously aired.

The network is available on most cable systems and on DirecTV. The network was formerly known as Sleuth but changed its name to become more identifiable to search engines. Its spelling was influenced by the board game "Clue." To differentiate itself, the network changed the spelling of the name and rebranded.

Cloo is owned and operated by NBCUniversal and much of the network's schedule is filled with programming from its sister channels and NBCUniversal produced movies. The network has had two original programs, but the majority of its content is syndicated and its originals will not go forward with new episodes.

You can watch marathons of Law & Order repeats on Cloo, but you can also watch crime and mystery films. In addition to the syndicated television programs it airs, Cloo also plays films that match its targeted genre to fill up 24 hours of crime and mystery programming. 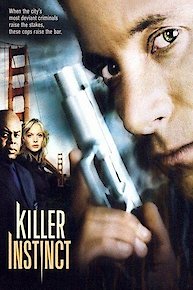