Davis Panzer is a channel that is based in London, England. The digital media produced by the channel is available online and accessible on smartphones, tablets, and laptops. Content is produced by the company for its partners both in London and overseas. The company was founded in 1974 when a senior partner at a law firm decided to pursue the entertainment industry. He hired a group of actors from the Royal Academy of Dramatic Arts and tasked them with writing and directing a stunning feature film to debut on the channel's first day on air. The film was a huge hit and launched the popularity of the channel.

Now, the channel has over 400 employees and boasts over 100,000 daily viewers for its television shows and films. It announced that it would pursue a deal with Disney Corporation in 2014 that would involve licensing characters for theme parks in Florida and California in the United States. The current shows on the air are Bright Young Things, Panzer Says it All, and Flowing From the Mouth. Bright Young Things centers around the futures of the troubled teenagers that are prevalent in the urban parts of London. The documentary explores themes such as love, hate, abandonment, and public support. Currently, it is narrated by Luther Walting and has signed a contract with Vander studios to be produced and distributed in international markets through 2016. Shooting is set to begin in late 2015. 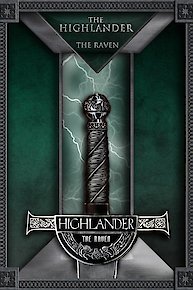