Fever Dreams is a media channel based in Berlin, Germany. It features a variety of content such as television shows, films, music, and more. The genres range from comedy to drama to current events. It was formed in 2000 when the young music producer named Hans Cumer was in a financial situation that brought him close to losing his home. He realized that he wanted more freedom to do what he wanted in his life and it led him to form a film production company. He called it Fever Dreams because of the dreams he would have on a nightly basis that scared him into taking immense action. He credits the dreams for forcing him to confront his fears and live life to the fullest.

Shortly after he founded the company, he created additional shows and audience members began paying for the content online through the website. This created an international audience and allowed the production of more targeted material as the channel grew. Fever Dreams now hosts over 14 different unique shows that are original to the platform. Titles include Destiny is Here, Your Life is Your Work, and Don't Hide. Destiny is Here is a documentary series that features individuals who have terminal cancer and follows them through their final days as they confront situations that would normally scare them. It is meant to inspire future generations to follow their heart and chase their dreams before it is too late, as mortality is a reality of everyone's life. 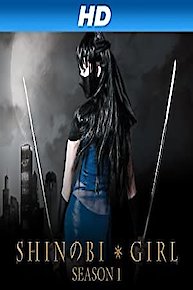