GP XVII Limited Partnership and Outer Productions Inc. (stylized as simply "GP") is a Canadian broadcasting company. GP features a variety of content and digital media online. It reaches an international audience and focuses on content such as television shows and films that explore outdoor themes such as fishing, hunting, sports, and even logging.

The company was founded in 1973 when Jack Wright, an explorer, decided to begin filming his exploits and sharing them with the world. The company grew as people began demanding more content in a similar format. In 1999, the company became a media channel and began featuring segments on local news before reaching the international news in 2002. Since then, it has focused on online distribution, allowing viewers to access the content through downloading, streaming, or purchasing DVDs of the content for a small fee.

Shows include "Wild Canada", "Your Uncle's Backyard," and "Saving this Planet."

Wild Canada is the channel's flagship program and features the hunter and fisher Chris Platt as he explores Canada's dangerous and dramatic natural landscape. He catches trout, scares bears, and ultimately must survive with minimal equipment while teaching the audience how to do the same.

Saving this Planet is a documentary that details the destruction done to natural habitats by humans. Pollution, wasting water, and killing animals for sport are just some of the topics covered in this scathing series. The host, Cara Jones, was a former PETA activist and journalist for CNN before she joined the show in 2012. 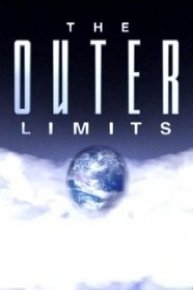 Best of The Outer Limits