Featuring some of the best modern comic book action to come across the small screen, Marvel’s Motion comics television channel offers up stunning motion action comics from some of the comic giant’s most beloved characters such as the X-Men and Iron Man. The Motion comic brand features uniquely memorable Marvel comic stories from highly regarded Hollywood film directors paired with Eisner award winning illustrators and production teams to create comics that are at once lifelike and wholly entertaining. In the Astonishing X-Men motion comic release Gifted, Marvel’s justice seeking mutants cope the repercussions of the death of one of their own while coming to terms with living in a world that hates them and an emerging threat to their very existence.

However, the X-Men are not the only Marvel favorites on offer on the Motion Comics channel. Iron Man bursts onto the small screen in his own motion comic that seeks to answer the question, what is Extremeis? And who unleashed it? The Iron Man Motion Comic release features outstanding digital art paired with some of the best vocal talent in the business. Marvel’s Motion Comics channel brand continues to expand with entries from producer Joe Quesada featuring comic titans’ Wolverine and the hulk. 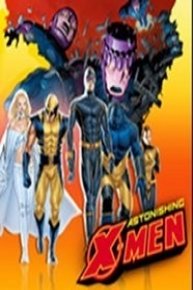