Paramount television is a television channel owned by Paramount Pictures Corporation, a unit of the large creative content provider Viacom. It provides both original series and offers movies for sale and for rental and on-demand viewing. The company also supplies games and apps through its website.

Paramount Television produces entertainment for a wide general audience. Its original content includes the creation of pilots for shows dealing with many topics, including comedies, drama, science fiction and crime detective thrillers. The company also provides movies covering a broad range of genres, many of them produced by Paramount Pictures.

In 2014, the Paramount Television leadership team included President Amy Powell, who maintains primary responsibility for the development of new television content for the channel. Many of the executives working for the company possess extensive backgrounds in the film and television production field and some of them have helped head development programs for specific genres. 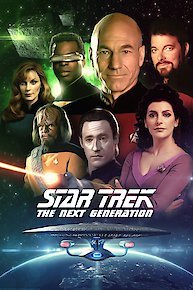 Star Trek: The Next Generation