PlayStation Channel is a brand name given to a variety of services that Sony offers to provide television content to various Sony entertainment devices. Individual shows are purchased separately and then streamed to the user. Individuals who have valid accounts with Sony are able to take advantage of this unique service.

Sony picked shows from a wide variety of genres in the hopes of appealing to everyone who uses their devices. Network television was a major early draw. Regular television shows like 2 Broke Girls and 24 continue to be heavily promoted, and they tend to be quite popular with viewers. More should perhaps be added in the near future.

Recent expansions have brought sports coverage to the channel. Moto GP highlights are a welcome way to provide racing content to the PlayStation channel, and it looks like more highlight reels are on their way. This should be very good news for racing fans, who often can't receive this type of coverage on regular network television. This kind of feature helps to ensure that PlayStation Channel will remain competitive against other similar services.

International content is provided in a variety of ways. Attack on Titan is shown in its original Japanese along with English subtitles. BlazBlue: Alter Memory was also presented in this format. Other international shows include Aria, which received a TV-G rating that makes it appropriate for a wide audience, and Bakugan. Baka and Test, Baldr Force EXE and Ai Yori Aoshi are also featured in the international section. 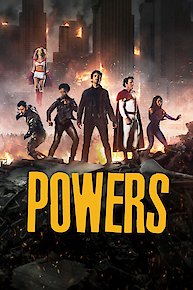