Super Channel provides programming with a vast variety of series and movies in genres ranging from drama, comedy, and more. The shows are from other countries such as America, Australia and the United Kingdom; viewers will be captivated with a global entertainment perspective. Movies have no commercials to distract the viewer from the plot and action. There are premiers of series introduced through the year. Viewers use the category tabs followed by the genre to find the show or movie of choice. Further information is provided including show bio and country of origin.

24 Hour Rental is a Canadian is a comedy and drama series following the character Tracker who leaves the life of crime behind to become a small business owner. As viewers watch each episode it may not appear that his life of crime is really over.

The Code is an Australian thriller and drama series which has episodes filled with intrigue as two brothers on the opposite ends of the spectrum in life tangle. They find themselves with information that can change the world’s dynamics and viewers watch to see the outcome of their actions.

Generation War is a history drama series about the Second World War. It follows four friends who have no idea what is in store for them as they take on the responsibility of war given to them. Each episode finds them falling deeper into a hole of despair.

Fortitude is a mystery drama from the United Kingdom of a small town located in the Arctic. Episodes reveal the unraveling of strange occurrences in the sleepy town, while its citizens begin to fear for their lives. 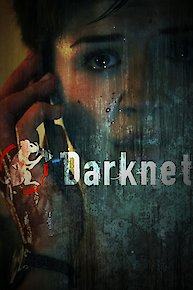