The Live Show is a television channel which takes the idea of traditional programs and sitcoms and performs them live instead of taking multiple versions and editing them together. The actors are experts at improvisation and storytelling, and a live audience is always present to verify the accuracy of the shows. The host is Jerry McGill, a comedian who has previously starred on other television channels and feature films. The show takes place in Los Angeles, California in Studio 44 of Sony Motion Pictures.

The company was founded in 2001 when the actor and comedian Sonny Hill decided that there was a lack of genuinely live programming in the entertainment industry. He decided to take matters into his own hands and start a live comedy troupe. Initially performing live shows that were not taped, the group evolved to include filmed productions. Soon after, Sony Pictures successfully offered to buy the company and run its operations.

Now, the company offers a variety of live shows with different themes and formats. The content is accessible online during the originally showing or via downloading and streaming on the internet for a small fee.

Examples of programs include "Banana World" and "Wally is Mad."

Banana World is a wild sketch comedy show in which the actors receive prompts from the audience before performing. Because they have little time to prepare, the situations sometimes become ridiculously hilarious and sublime. The live nature of the The Live Show has received critical acclaim and two awards from the Comedic Counsel. 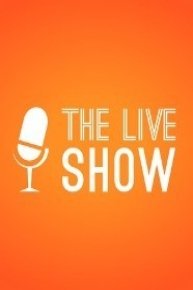