Film Chest Media Group is a communication company that produces news, radio, television, newspapers that reaches millions of viewers with an inspiring influence. The company holds two offices the main headquarters located in Bridgeport, Connecticut and an additional office in New York. The network has been in business for more than 14 years and since then the network has collaborated with multiple companies to bring forth Film Chest Media Group.

The network has a wide range of media genres such as horror, science fiction, classic TV, action adventure films, cut films, cartoons. This network is documented, to be one of the largest privately owned media networks with more than 2,300 titles to offer viewers. In addition, the network offers a large range of services such as storage, restoration, broadcast, tape transfers, quality management, content delivery, product fulfillment, film scanning acquisitions, licensing and distribution, brand development and climate controlled storage services.

RCTV provides millions of viewers and consumers with family films, featured films available in High Definition. The network not only delivers film to viewers, but the network also provides a host of services available for purchase online. In addition, viewers are provided with a wide list of film and services to select. 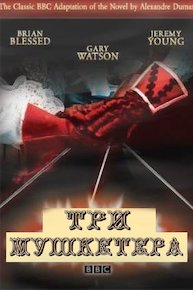