Mindring Productions is a media channel dedicated to providing hard-hitting documentaries and educational series to the public. It provides its content in a digital fashion and also through traditional cable packages. Viewers can watch the programming online at their website, through their smart televisions, phones, laptops, or tablets. There is no fee for viewing the content on the website, though cable packages do come with a fee, even though they also include commercials.

Mindring Productions was started by the television host and filmmmaker by the name of Jason Silva in 2011 when he finished another show of his: Brain Games. He was inspired to create a channel would ask tough questions and stimulate the minds of his viewers. In order to receive the funding, he allowed Time Warner to take ownership of 45% and hire a CEO.

Now, the company has a variety of shows available that provide a unique angle on common subjects such as science, politics, and sports.

For example, the show "You Mind" shows how the human brain works together with other organs to change the nature of our thoughts. Silva narrates the program, often pointing out lesser known truths that are odd or shocking.

The channel also creates a program called "Silver Ring" in which the producers interview world class performers from a variety of backgrounds. The show attempts to uncover the competitive secrets that separate the best from the rest.

The channel's upcoming programs in 2015 will include "Bobby Made It," "Drugs: The Secret," and "Silva Takes on the World." 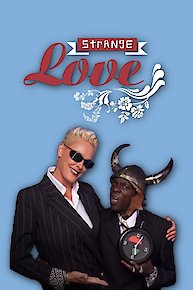