Nickelodeon is one of the most popular kids' channels and serves as a source of entertainment for kids everywhere with their multiple different sources of entertainment. Whether it's movies, television shows or even different types of gaming, they know how to dominate the audience.

But to continue that streak of success that they've had, Nickelodeon launched TurboNick, which is a video platform that available only on the Nick.com website that kids can also go to for games and to watch some of their favorite shows. This platform will allow kids to watch full length episodes of certain shows and cartoons at any time they want. This only means one thing: more Spongebob for everyone!

But besides the constant video streaming, TurboNick is also featured with some wireless providers that will allow kids to get certain ringtones and songs available to them if they have the certain carrier that's provided.

Every week, TurboNick will be uploading more than 20 new hours of video footage and content for its users to check into with a wide range of videos that they users can watch and enjoy. Some can only be thirty seconds long and others can be full episodes that range up to twenty two minutes in length.

TurboNick is broken up into different themes and ideas that will organize the types of footage and videos that are uploaded -- simply making the content more easier to find and view for the user who's at home. 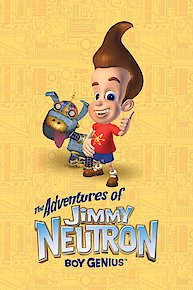